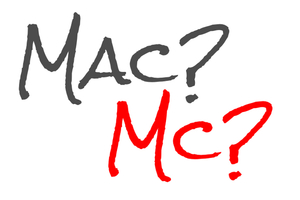 Those of us researching Scottish surnames beginning with either Mac or Mc quickly become aware of the additional challenges these names can bring for search engines, record indexes and genealogy & family history databases.

Wandering around a cemetery in Ayrshire recently (it's an occupational pleasure or hazard!) I came across a headstone which showed this isn't a new problem. 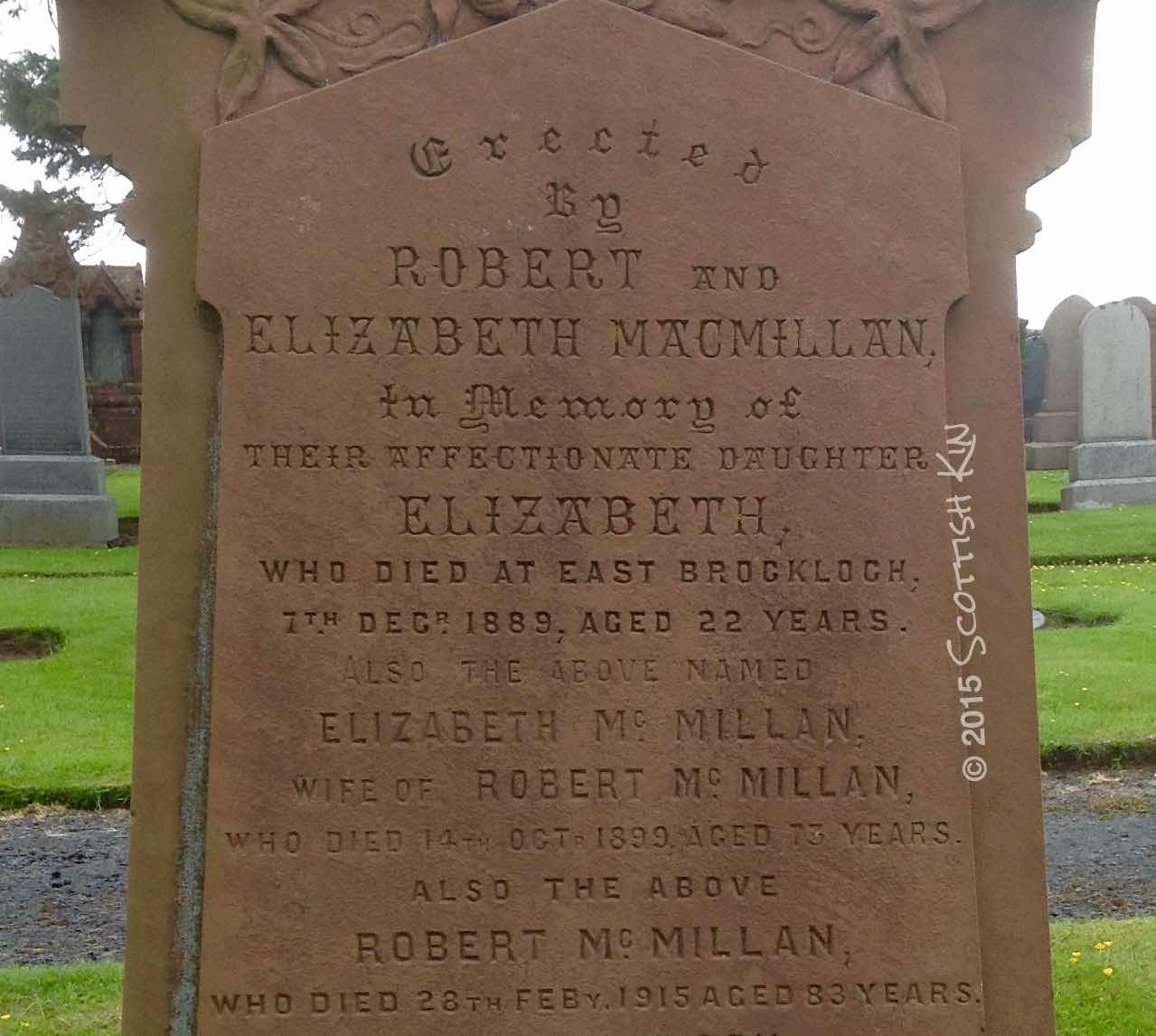 was first erected in memory of their daughter in 1889, Robert and Elizabeth's surname is recorded as MACMILLAN. By the time of Elizabeth's death in 1899, the name is inscribed as McMILLAN. So which one should it be?

Mac originally meant "son of". The second part could be the father's name (Macdonald), occupation (Macnab) or perhaps a distinguishing feature such as hair colour. The last of these gave rise to McMillan, son of the bald one or the tonsured one. For many earlier records, and even throughout the nineteenth century in Scottish newspapers, the names were often written as M' (such as M'Millan). In early records you might also come across N' or Nc for women, meaning "daughter of" - for example, the Argyll Register of Testaments for 1686 refers to Christian N'Millan, spouse to John M'Cay in Auchusavill, parish of Saddell.

At a time when many people couldn't read or write, an individual may not have known how to spell their surname or even worried about it very much, so how it was recorded was very much dependent on who was writing it down. This was particularly true in census returns, and also for those with "foreign" names.

UPDATE: the new ScotlandsPeople website now does differentiate between Mac and Mc, so you will need to use a wildcard to look for both. Searching for McKinven birth register entries for 1855 to 2016 gives 833 records, for Mackinven gives 68 records and for M*ckinven gives 901 records - fortunately for all concerned!

Returning to the Ayrshire cemetery...

The other slightly unusual thing about this headstone is that Elizabeth is commemorated under her married name. Most married women were recorded using their maiden name on Scottish headstones - for example, here we might have expected to see:

also the above named
Elizabeth Cowan
wife of Robert McMillan

Robert McMillan, son of Thomas and Jane (maiden name Gregg) was a ploughman who married Elizabeth Cowan, daughter of William and Elizabeth (maiden name McGauchie) on 3rd June 1857 at Brockloch Farm near Maybole in Ayrshire. When Elizabeth's father died in 1874, Robert and Elizabeth returned to East Brockloch to run the farm. Curiously Robert's death record in 1915 shows his date of death as 24th February (as does his will) rather than 28th February as given on the headstone.

It all just shows that you can't believe everything you see on a headstone!

Thank you so much for the research. It’s a wonderful feeling to get a little picture of what life was like a few hundred years ago for my ancestors.