You may have discovered in your research that your ancestor was a shale miner who lived in Dalmeny Rows, but haven’t been able to find out what this means. Today no evidence remains of this once thriving oil-shale company community of 81 houses with up to 450 residents. Scottish Kin's free database brings together information about the people who lived, loved and worked in Dalmeny Rows. If you're looking for an ancestor who was a shale miner or who worked in the shale oil industry in West Lothian, put their surname in the search box - who knows what you might find! 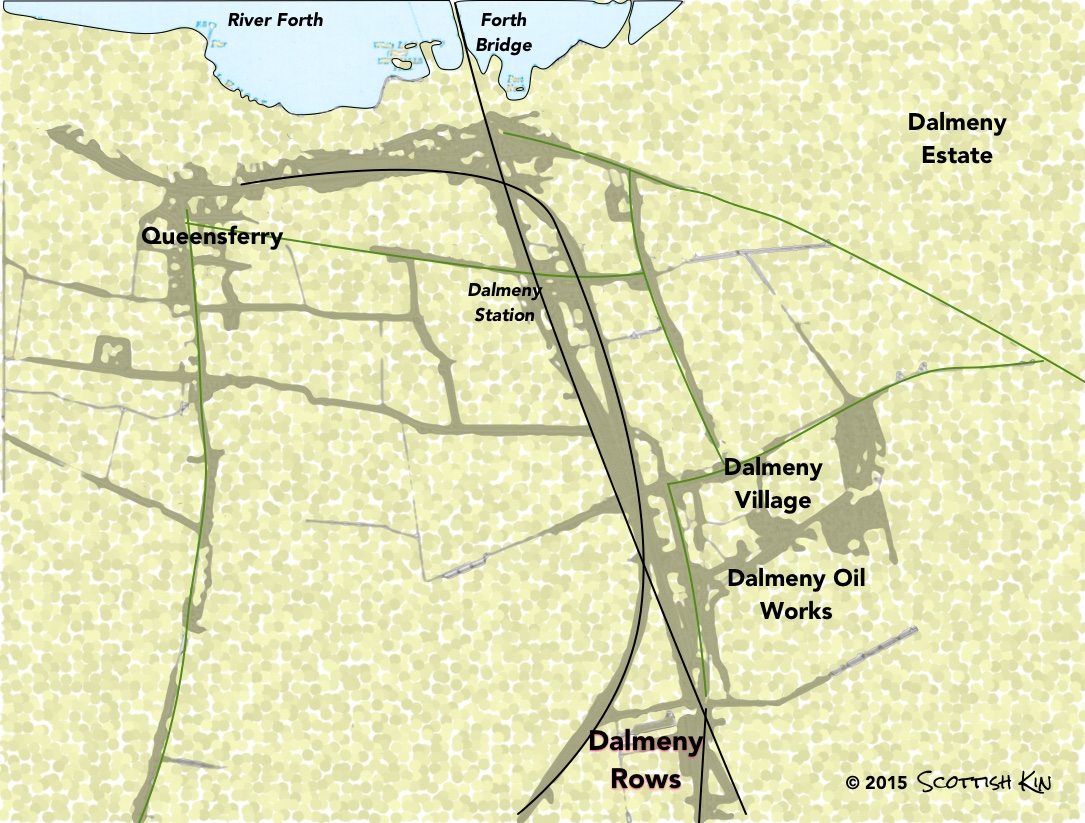 Dalmeny today is a rural village 10 miles north-west of Edinburgh, close to the Forth Bridge. There is little sign that between 1871 and 1926 it was part of the rapid growth of the Scottish shale oil industry. At its peak around 1912-1914 the industry as a whole employed up to 10,000 men and accounted for 2% of the world’s oil production.

The Dalmeny Oil Company was formed in 1871 to develop local shale mines and an oil works. Like many rival companies, it built houses to accommodate the shale miners attracted to the area. Unusually for the industry, less than half of the Dalmeny Oil shale miners and oil workers lived in the Rows, living instead in privately rented property in Queensferry. In most shale mining communities more than 80% of oil-workers lived in tied or company housing.

The Dalmeny shale pits were abandoned by 1914 as uneconomic, although the oil works continued in operation. Many miners transferred to the Duddingston mine but continued to live at Dalmeny Rows. The Dalmeny Oil Company was taken over by the Oakbank Oil Company in 1915. The Anglo-Persian Oil Company (later BP) acquired and merged all the remaining Scottish oil companies as Scottish Oils Ltd in 1919, and announced the closure of the Dalmeny works in June 1926. Old Brick Row and Stone Row were demolished shortly afterwards. New Church Row and New Back Row followed in 1932, and Church Row and Back Row in 1938. Railway Row was taken over by West Lothian Council in 1934 and survived until the 1960s. 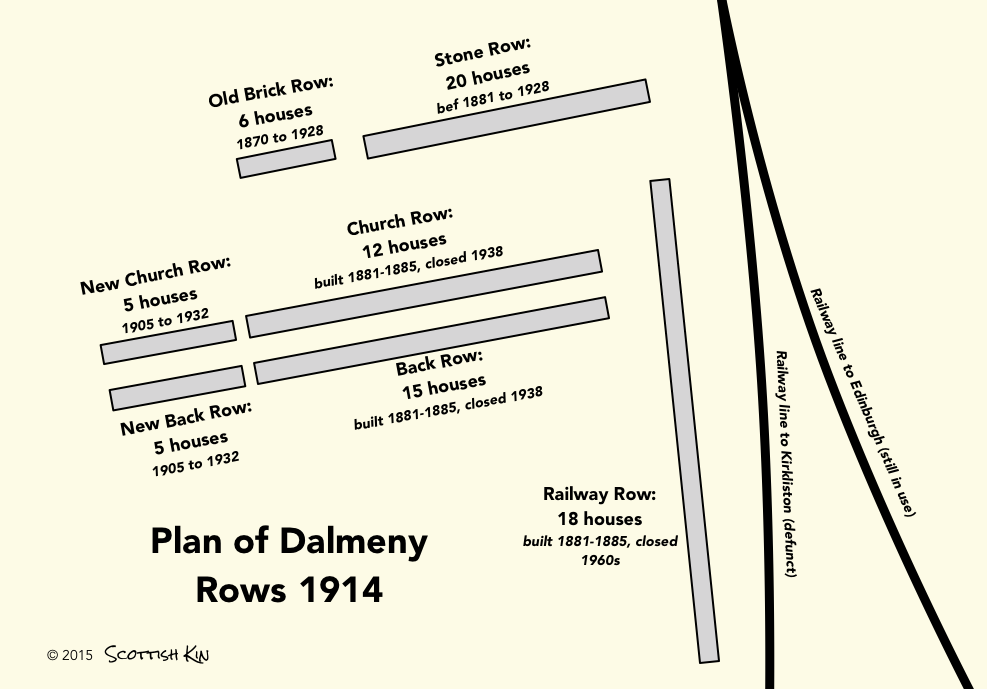 Stone Row had 20 two-room houses built sometime between the 1871 and 1881 census dates. These were made of stone and slate, with a coal cellar and a pail-closet for each house. There was one external wash-house for every five houses.

Railway Row, Church Row and Back Row were built between 1881 and 1885, with 18, 12 and 15 houses respectively. They were made of brick and slate, with cemented ends and backs. Railway Row and Church Row were two-room houses, Back Row had 10 two-room and 5 one-room houses. Each had a scullery, coal house and pail closet, but there were no wash-houses.

New Church Row and New Back Row, with 5 two-room houses each, were built in 1905. In 1910 these two rows were described as in better condition than the other rows.

A “two-room” house consisted of the kitchen and one other room, with box beds in each room. Three to four children to a box bed was normal. By modern standards the facilities seem over-crowded and basic - each house had a “dry” or “pail” closet, water was supplied by communal stand-pipes. Many families took in boarders and there could be up to 14 people living in one two-room cottage. There was open channel drainage and in wet weather the surroundings were very dirty. Yet these properties were considered better than those in many coal-mining villages and at least met the minimum standards which had been introduced by the time they were built. Miners’ rows are often considered to be “the worst examples of Scottish housing during the nineteenth century” (Alan Campbell. The Lanarkshire Miners: A Social History of their Trade Unions, 1775-1974).

In birth, marriage or death certificates you may find the location given as “Oil Works Cottages” or “Rows” or (in later years) the individual address. In the available census returns, the houses are described as 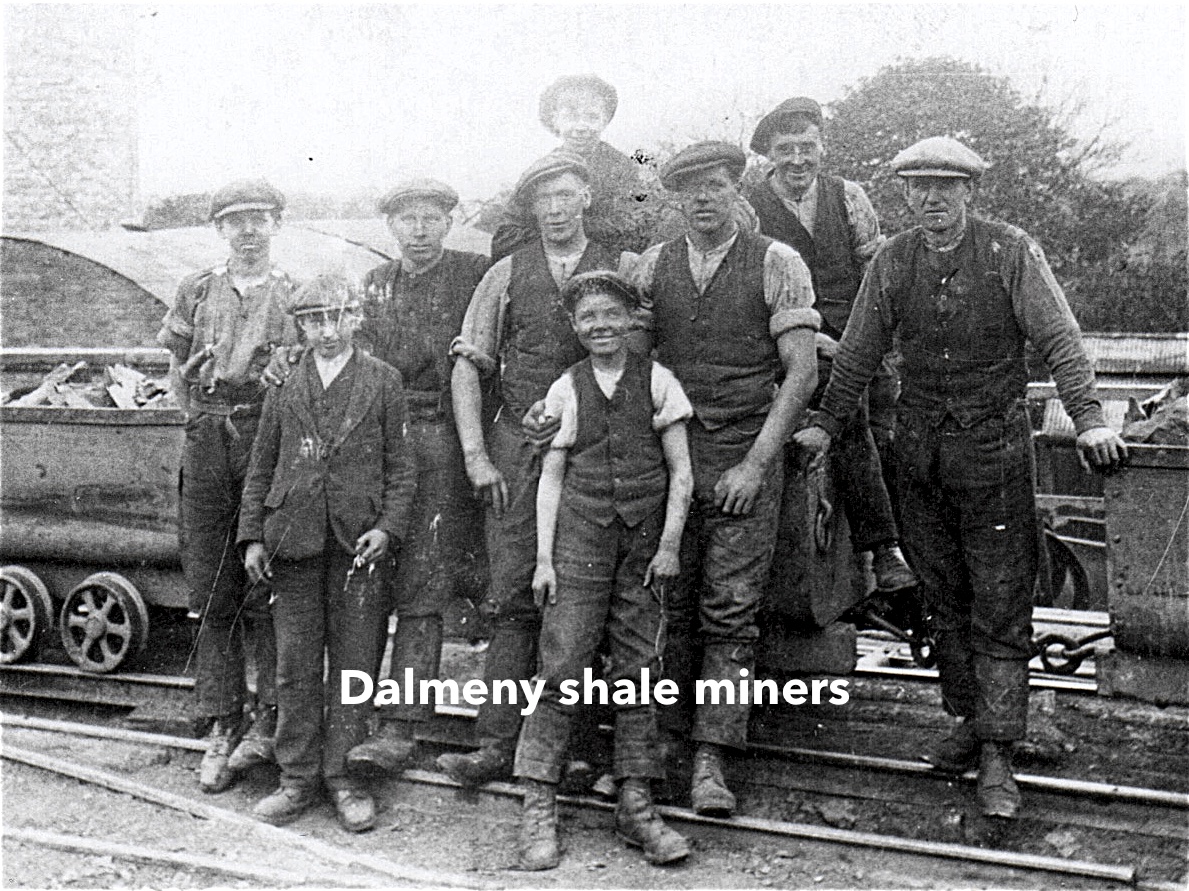 The households were almost exclusively families, with the parents attracted to the area by work. This was a community of migrant workers. Very few of the adults had been born in Dalmeny or Queensferry - Scottish Kin’s research shows that 95% of the adults were born outside the local area, the majority coming from other shale- or traditionally coal-mining areas, such as Lanarkshire or Ayrshire. Most stayed in Dalmeny Rows for less than five years, and nearly half of households stayed for only one year.

It was also a young community, and in the 1911 census half of the Dalmeny Rows population were aged under 15.

Shale miners were generally contractors paid on a tonnage basis to extract the oil-shale using explosives, who employed drawers (often their sons) to take it to the surface. The oil works used retorts to heat the shale to release the crude oil, employing specialist craftsmen (such as blacksmiths) and labourers in addition to the retortmen.

The wives generally didn’t have external employment - with such crowded conditions they had full responsibility for maintaining the home, for feeding the family and any boarders and for balancing the budget. Sons often followed their fathers in to the shale industry, unmarried daughters might be employed as domestic servants, farm workers or in the distillery in Queensferry. 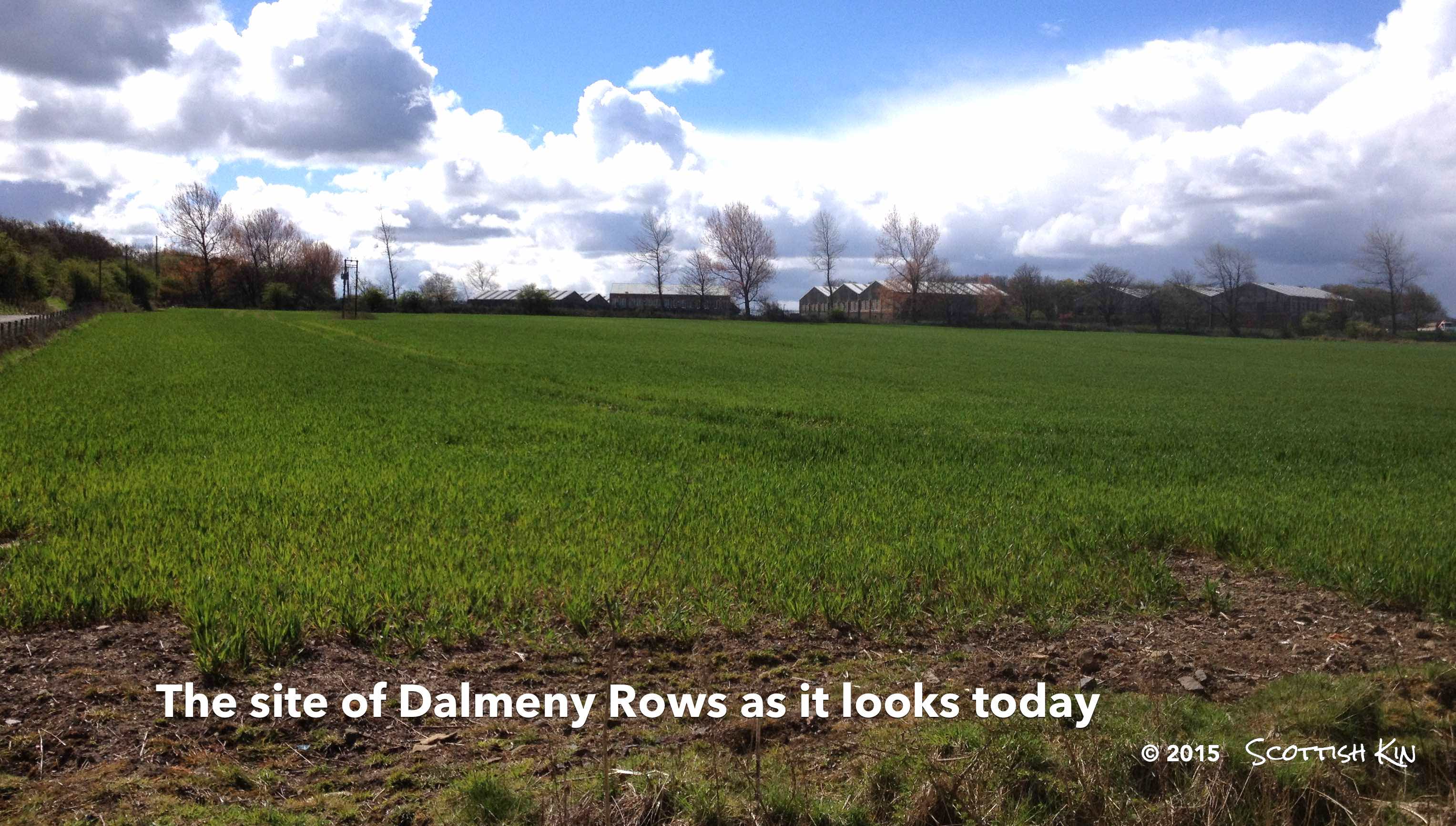