Three times married and only twenty-five 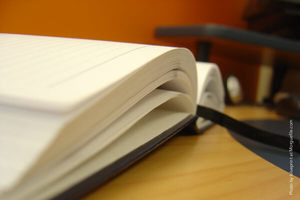 I’m sometimes asked how I started researching Scottish bigamy - was it something in my own family history? So I thought for this blog I’d share the story that first got me started on the topic.

A few years ago I was looking for information on women’s activities in South Queensferry before and during World War 1. In the course of that research I came across a newspaper story that caught my attention.

On the evening of 29th September 1907 a serious fire broke out in the attics of the Forth Bridge Hotel in Queensferry High Street (now the Ferry Tap pub). As the Aberdeen Journal of 1 October reported:

“The Edinburgh Brigade was communicated with, but some delay took place before a guarantee was obtained that their expenses would be paid by the South Queensferry authorities… the roof of the hotel and the top floor and its contents were destroyed, but the remaining portion of the building was saved.”

The Linlithgowshire Gazette of 11 October highlighted a further development to what originally seemed a simple story - a young woman named Lily Green was charged in the Police Court with having stolen £5 from the occupier of the hotel, Mrs Jessie Oliver or McKenzie. 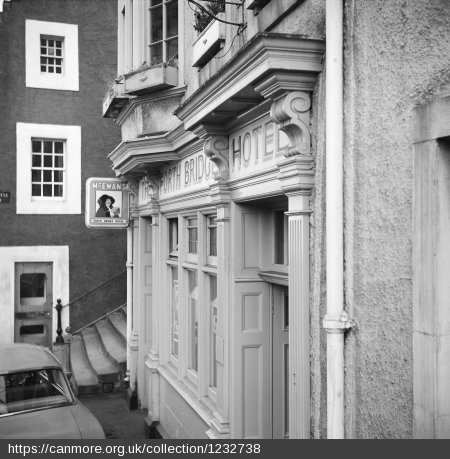 "The Fiscal explained that the accused arrived in Queensferry on Saturday 21st September. She went to the Schoolhouse and made herself known to Mr Maxwell. She said she was born in Queensferry a little over 21 years ago, and that her father served on board the training-ship Caledonia. She was entertained to tea, and later in the evening Mrs Maxwell asked the accused what she intended to do. She replied that she was going to stay in the Forth Bridge Hotel. She, accompanied by Miss Maxwell, then went down to Mrs M’Kenzie’s hotel, and she repeated what she had said to Mr Maxwell, adding that she was sent by him, and that she had two brothers in the Navy, who were coming to Queensferry with the Fleet shortly, and who would pay her hotel bill. Not doubting the accused’s statements, Mrs M’Kenzie at once gave her accommodation in her hotel, and treated her more as a friend than as a visitor. She had the complete run of the hotel. A fire occurred in the hotel … and Mrs M’Kenzie’s suspicions were aroused when she saw the accused tampering with a parcel into which she had put some notes and gold to escape the fire…"

Lily pleaded guilty and was sentenced to 30 days’ imprisonment.

So Lily Green was a thief and conwoman - but what does that have to do with bigamy? Searching for more information about Lily’s origins and what happened after her imprisonment brought up a far more interesting and revealing story the following year in Edinburgh.

John Sharp, an Edinburgh grain merchant, went to the Court of Session seeking a declarator of nullity of marriage against Gloria Escott or Esgate, alias Lily Green or Esgate. This process (which still exists today) legally recognised that a marriage was void and, in effect, never existed. But why did John take this step?

The Scotsman of 2 November 1908 reported…

"Sharp (26) said he first met defender in October 1907 at the house of a mutual friend, using the name Gloria Esgate Escott and saying that she was twenty. She told him her father, who was dead, had been a naval commander. Pursuer proposed marriage to her in December, but she demurred going through a regular marriage as a guardian, who she didn’t get on with, might hear of it. He tried to persuade her, but she refused. So they started to live together as man and wife by mutual consent and took a furnished house in Bruntsfield Place. Sharp continued to try to persuade her to marry him, and finally they were married on 31 March in Glasgow. But her behaviour changed after they were married, staying out late and “neglecting the household very much” so John began to make enquiries and tracked down her first husband."

Searching the records for 1908 gives us a marriage entry between John Sharp, grain merchant residing at 14 George IV Bridge, Edinburgh, to Gloria Escott, no occupation, residing at 172 Sauchiehall Street, Glasgow on 31 March 1908 in Glasgow.

The Dundee Courier of the same date also picked up the reports, adding…

"He (John Sharp) thought the Mr Esgate referred to might turn out to be her brother. Ultimately he and his agent went to London, and prosecuted inquiries at 5 Hampton Street where they found 3 gentlemen of the name Esgate. He got in touch with one of them, a Mr Leslie Esgate, who thought a newspaper illustration which witness showed him resembled his brother’s wife. He then saw Mr Albert Esgate, who corroborated. Albert Esgate, who was called as a witness, said he married defender on 1st April 1902. She was the daughter of a Mrs Green with whom he lodged in London."

John was granted the declarator of nullity.

So it seemed that Lily Green hadn't changed her ways.

It would also seem that John Sharp didn’t make a complaint to the police at the time, choosing instead to nullify the marriage, so Lily wasn’t prosecuted for bigamy in 1908. When, however, she committed bigamy in Scotland again two years later, she was tried in Edinburgh Sheriff Court, and sentenced to six months’ imprisonment.

I was curious. How common was bigamy in Scotland in the nineteenth and early twentieth centuries?

The rest, as they say, is history!